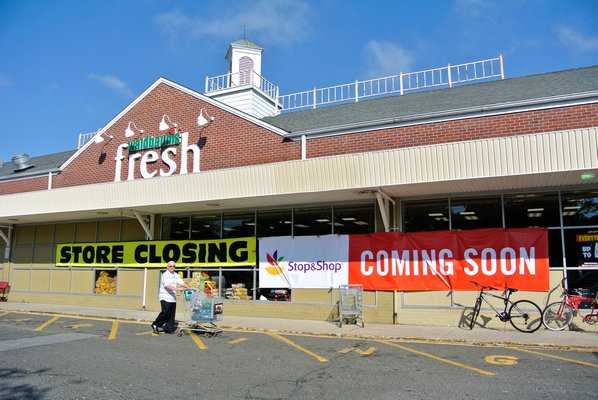 Waldbaum’s officially closed its stores in July 2015. This filing directly affected Long Island’s 32 Waldbaum’s stores and 19 Pathmark stores.  These Long Island supermarkets were either: sold, closed, or auctioned off by November 2015.

What Happened to The Closed Locations?

To this day, many of the closed or auctioned locations remain vacant without any plans to fit them. Here’s what became of the Waldbaum’s and Pathmarks that closed.

For one New York City Pathmark store, after many years of staying vacant, is now back open to the public. Learn more about this possible Pathmark come back.

How Employment Was Affected by Store Closings

With the sales acquisitions, closings, and auctions of these stores, around 4,000 Long Island jobs were be disturbed, a total of around 11,000 for the Northeast, which potentially left employees out of work.

Stop & Shop and Acme Markets, which have acquired through sale or auction most of Great Atlantic & Pacific Tea Co.’s supermarkets, likely hired from the existing workforce.

Stop & Shop and Acme Markets reached labor agreements with the union representing workers helping them to keep many or most of those workers employed, protecting wages and benefits.

In bankruptcy court, Great Atlantic & Pacific Tea Co. gained approval and sold 95 of its stores for a total of $370 Million, including 16 stores on Long Island.

The Waldbaum’s stores approved and sold include:

The Pathmark stores approved and sold include:

The Waldbaum’s and Pathmark stores that Stop & Shop acquired include East Hampton, Southampton, Baldwin, Massapequa, Long Beach, Huntington, as well as others.

These were all Waldbaum’s stores in:

As for store auctions, only one in three Great Atlantic & Pacific Tea Co. stores that went up for auction came back with bids.  The filing did not reveal prices of the stores that were bid on.

Of the 128 stores in the first auction (30 Long Island stores), 36 received winning bids, and were approved by the court to divide the base among 21 entities including supermarkets, landlords, and other investors.

The remaining stores, which either received no bids or offers that didn’t meet the minimum threshold, went a second auction.  From the auction, Key Food Stores gained 8 new locations; Compare Foods also had winning bids.

Long Island stores that went up for auction include Waldbaum’s stores in:

About The Waldbaums Supermarket Chain

Waldbaum’s was a supermarket chain with locations in the boroughs of New York City including; Brooklyn, Queens, Staten Island, and the Bronx.

At its peak in the 1980s, it was the 12th largest supermarket in the United States.