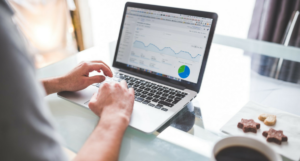 The retail market experienced virtually no change in vacancy rates as of q3 2017. The current vacancy rate is 4.7 percent, same as it was in 2017 second quarter. The rental rate saw a slight increase, 0.8 percent increase, to be exact. The price per square feet is now $16.21. Lastly, the capitalization rate average is a 7.01 percent, the lowest average between the office and industrial market.

The office market capitalization average is reportedly at 7.33 percent as of q3 2017. Tenants and prospective renters witnessed a 1 percent increase in the rental rate, with the price per square foot at $24.76. Similar to the retail market, the vacancy rates remained unchanged from previous quarters, at 9.5 percent.

A Look At The Industrial Market

As expected the industrial market saw the biggest increase in rental rates. The national industrial market raised 1.4 percent from it’s previous quarter to a price per square foot of $6.31. As the two other markets the vacancy rates remained the same, at 5.1 percent. Lastly, the average cap rate was reported 7.52 percent for 2017’s third quarter.

The Federal Reserve raised its benchmark interest rate a quarter point to a target range of 1.25 percent to 1.5 percent in December 2017. Regarding growth, the Federal Open Market Committee collectively raised its GDP estimate from 2.1% in to 2.5%. That comes following two consecutive quarter of 3% growth or higher and estimates that the fourth quarter could hit that level as well.

However, growth is projected to come back down to 2.1 percent in 2019 and 2 percent in 2020, though both are above the respective 2 percent and 1.8 percent forecasts three months ago.