An Open Letter to Pres. Biden on Saving the 1031 Exchange 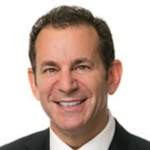 I understand you are facing many difficult economic challenges at this critical time. Be-tween paying for the $2 trillion infrastructure plan, dealing with the still-high unemployment which is now at 6 percent as of April 2021, and national debt soaring to $28 trillion after the latest round of stimulus that amounted to $1.9 trillion, you certainly have quite a lot on your plate, since you are responsible for reviving the American economy.

I acknowledge these are difficult financial and economic times. I have heard you repeatedly stress the time for action is now, and I know one of the options you are considering is eliminating the Internal Revenue Code section 1031 for anyone with an income above $400,000. This consideration is the sole reason why I am writing to you today.

The 1031 exchange has been thought of by some politicians as a tax loophole for the ultra-rich by allowing them to essentially avoid paying capital gains tax when selling real estate if it is put into another similar property of equal or greater value within a specific time frame.

I am not here to argue politics. My goal here is to show you what the repercussions of this change would look like from the prospective of someone within the industry.

Eliminating the 1031 exchange would simply be an economic catastrophe. Real estate investment is a major portion of the economy. It is the U.S.’s seventh largest industry employing nearly 3.3 million Americans. Real estate is such a huge industry in large part be-cause of the ability to move capital efficiently between two properties. This ability to per-form efficient transactional activity employs the country’s real estate brokers, consultants, appraisers, bankers, accountants, bookkeepers, property managers, construction workers, insurance agents, and many others. Not to mention, all the professions that revolve around the 1031 exchange provide taxable revenue to the government.

I understand you believe the taxes that are being deferred annually through this exchange would be available to spend on your economic initiatives, but to be perfectly hon-est, nothing could be further from the truth. The reality is the velocity of real estate transactions would decline so significantly that the amount of taxes collected through capital gains will be dramatically lower.

California tried something similar in 1978 with Proposition 13, and it is a perfect example of how this would play out. They brought their real estate market to a screeching halt and many properties went underutilized and undeveloped because of the change in tax structure.

The Tax Foundation estimated that eliminating the 1031 exchange would cost the federal government $18 billion in gross domestic product annually.

Removing the 1031 exchange would be counter-intuitive on two major levels. One, the people that will be most affected by the change are not rich. Sixty percent of all like-kind exchanges involve properties that are valued at less than $1 million. Two, the idea that the 1031 exchange limits the amount of tax revenue to the government is simply untrue. Over 88 percent of all real estate replacement properties acquired through 1031 are disposed through taxable sales.

According to Statistica, more Americans have started businesses in 2020 than any other year in American history. These new business owners, and existing businesses, are fighting to survive amid this pandemic. Removing the 1031 exchange would bankrupt the mom-and-pop stores because of accelerated rent rates that investors will be forced to increase as a result of the removal.

It has now been exactly 100 years since this tax provision was put into place, and although you are not the first Democratic president to address the validity of the code, the last 17 presidents have all concluded that the benefits of keeping the provision in place greatly outweigh any benefits of getting rid of it.