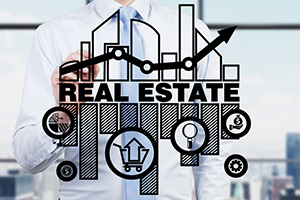 We’ve surpassed the halfway point of 2017 and Q2 market reports are officially in so we’re here today to bring you the latest update and report on Long Island’s commercial real estate markets.

Arming you with the details and statistics, this report includes Long Island’s retail, office, and industrial markets.

To most easily digest this information, we broke it down by market with a focus on three key factors: vacancy rates, rental rates, and cap rates.

A Close Look At The Retail Market

As for rental rates, they have increased from the first quarter of this year ending Q2 with rental rates at $33.93 per square foot. This represents a substantial increase of 4.0% in rental rates from the second quarter, and a 4.72% increase from this time last year.

As for rental rates, they have decreased from the year’s first quarter ending at $27.61 per square foot at the close of Q2 2017.  This represents a 3.5% decrease in rental rates from the end of Q1 where rental rates were reported at $28.60.

Last, we have Long Island’s Industrial Market.  The Nassau and Suffolk County industrial market ended the second quarter of 2017 with an unchanged vacancy rate from the end of Q1, staying at 4.1%.

Lastly, industrial market cap rates have been substantially higher in 2017, averaging 10.07% compared to this time last year when they had averaged 3.55%.