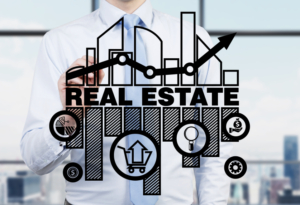 With only two months remaining in 2017, we’re checking in on the Long Island commercial real estate market to see how it performed in the third quarter.

Arming you with the details and statistics, this report will include Long Island’s retail, office, and industrial markets.

To most easily digest this information we will break it down simply by market with a focus on three key factors: vacancy rates, rental rates, and cap rates.

First, lets look at Long Island’s Retail Market.  The Nassau and Suffolk retail market’s vacancy rate continued to rise from the close of Q2 ending Q3 at 4.5%.  Over the past four quarters, we’ve seen a steady increase in the vacancy rate – a challenge for this Long Island market.

As for rental rates, they have decreased from the second quarter of this year ending Q3 with rental rates at $25.91 per square foot, representing a decrease of 0.8%.

Regarding cap rates, the retail market cap rates have been higher in 2017, averaging 6.86% compared to the same period in 2016 when they averaged 6.17%.  Long Island’s underperforming retail market signifies that change in the larger picture of retail is necessary.

Our take is that if more businesses and investors begin to focus on experiential retail versus non-traditional retail we may begin to see a stronger retail market here on Long Island.

Last, we have Long Island’s Industrial Market.  The Nassau and Suffolk County industrial market ended the third quarter of 2017 with an increase in the vacancy rate from 2.9% to 3.3%.

Lastly, industrial market cap rates have been higher in 2017, averaging 10.07% compared to this time last year when they had averaged 7.90%.