No Plans For Bridge Over Long Island Sound to Connecticut 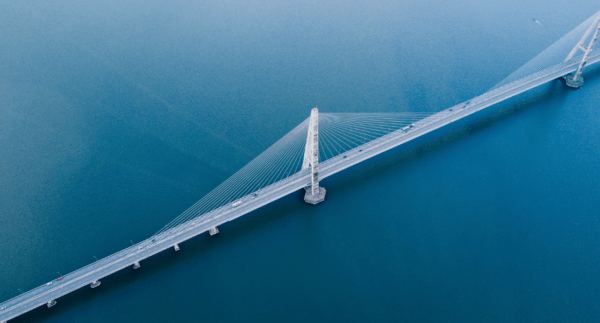 Currently, there is no bridge from Long Island to Connecticut and recent plans have come to a stop.

The most recent proposal involves a tunnel between Rye, New York, and Oyster Bay, Long Island.

On the downside, is the expense of such a bridge, as costs would be extreme, and there would likely be strong adverse environmental impacts as well.

As recent as 2016, New York Governor, Andrew Cuomo, said the idea wasn’t unrealistic and wanted to research the feasibility of the project.

In 2018, a proposal to research the idea was still a discussion among government officials. The estimated cost to build a tunnel or bridge across the sound is $55 billion dollars.

As of June 29th, 2018 the Cuomo administration abandoned it’s proposal for a bridge or tunnel. As the idea received plenty of support, it received it’s fair share of dissent, too. Paul Karas, the acting commissioner of the state Transportation Department announced the project’s halt.

Despite this rejection of the tunnel or bridge across Long Island sound, the idea is still in the minds of many citizens today. In the near future, it’s possible this link will be revisited by another administration or agency.

Do Long Islanders Want a Bridge to Connecticut?

In February 2000, a poll conducted by Newsday and News 12-Long Island found that a eye-opening 63% of Long Island residents were, in fact, in favor of a bridge between Suffolk County and Connecticut. No way around it, this project is one that people have wanted for decades.

In January 2008, this project reentered public discussion when Vincent Polimeni proposed building a privately financed, tolled tunnel between Oyster Bay on Long Island and Rye in Westchester County, featuring two tubes carrying three lanes of traffic each and a third tube for maintenance and emergency access.

This new deal would connect Route 135 (Seaford-Oyster Bay Expressway) on Long Island to Interstate 287 in Westchester County. The cost of this project would be substantial at $10 billion dollars, and the expected year of completion would be 2025, at the earliest.

The project would be massive in other ways as well.

If completed, this tunnel project would create the world’s longest highway tunnel at 16 to 18 miles (26 to 29 km).

The Long Island Association, the region’s biggest business group, is once again floating the idea of a cross-Long Island Sound connection linking Nassau and Suffolk counties to Connecticut, without the need to board a boat or detour through any of New York City’s boroughs.

Past Plans to Connect Long Island and Connecticut

The idea for this type of project is not a new one, as the need to make the island more accessible was first proposed over half a century ago in 1954.

Moses was dedicated to the idea of turning this bridge into a reality. He worked tirelessly on his plans, which were initially supported by then Governor Rockefeller.

While Governor Rockefeller was an initially supporter, the plans for the bridge were cancelled on June 20, 1973.