American Investment Properties is exclusively retained to sell 4307 34th ave in Astoria, New York. At this location is a fully occupied 6-unit multi-family property. This property is in a great location for residents. It’s only a few blocks from the busy Steinway St retail corridor which consists of all the neighborhood amenities residents most beneficial to residents.

There are a few subway lines and train stops within walking distance to this multi-family property and major roadways are also a short drive away.

The apartment units are rent stabilized.

Astoria is a neighborhood in the western portion of the New York City borough of Queens. Astoria is bounded by the East River and is adjacent to three other Queens neighborhoods: Long Island City to the southwest, Sunnyside to the southeast, and Woodside to the east. As of 2019, Astoria has an estimated population of 95,446

Laid-back Astoria is a multicultural neighborhood of low-rise residences and small businesses, in Queens. Known for its Greek tavernas and cafes, the area is home to a variety of traditional ethnic eateries and trendy spots. The Museum of the Moving Image, with its exhibits about film, television and digital media, is a top draw. The open-air Bohemian Beer Garden and Astoria Park hum with activity in warm weather.

The percentage of Astoria students excelling in math rose from 43 percent in 2000 to 65 percent in 2011, and reading achievement rose from 47% to 49% during the same time period. 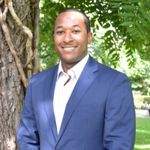