Long Beach is a city located in Nassau County, is on a barrier island off the South Shore of Long Island, New York. It is surrounded by the Town of Hempstead. The city is less than a mile wide from ocean to bay and about three and a half miles long. Long Beach is politically independent and self-governing.

Beginning in the 1980s Long Beach has begun its development with new housings, new businesses, and other improvements. Today, the city is attracted by the quiet beach atmosphere and the easy, 55- minute train commutes. 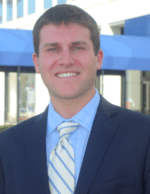 Request More Information on This Property: